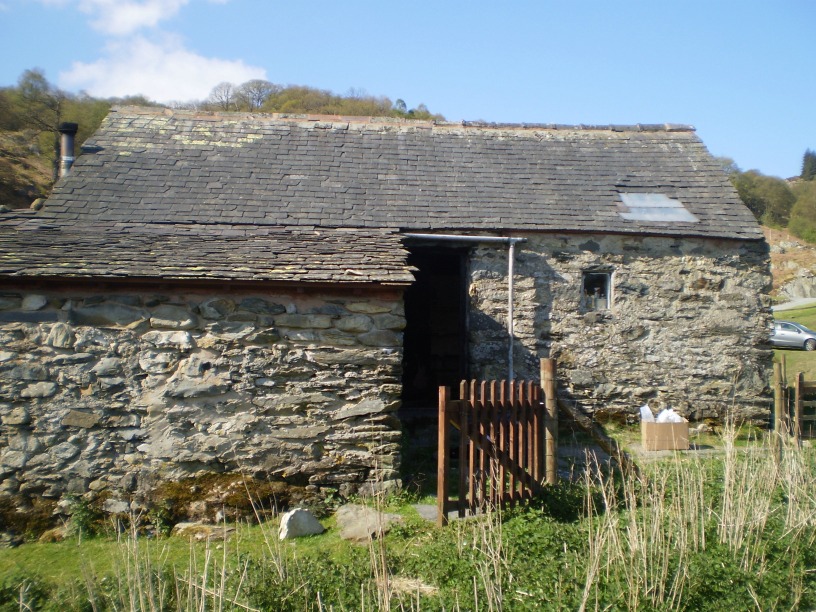 There we were, Bill Dean and Jeff Gough, and it was a superb autumn morning in 1965! we were camping at Garth Farm, the primus was behaving itself and breakfast was sizzling nicely. All was well with the world. The bacon, egg and fried bread was ready, whilst eating we heard the farmer Mr. Jones chatting on his rounds, we were wondering if we had paid, 2 shillings was a pint less so it was worthy of thought.

Surprisingly Mr. Jones was not interested in fees, he was more interested in explaining to the person on the other side of the wall that he had a barn available for rent at &pound60. We were all ears!!

Unfortunately, he had just rented out the last one, but he thought Gwilym at Cae Gwegi in Capel may have something. Without any delay Gwilym was found and yes he had something for us and &pound50 would seal the matter. A quick look at its position next to a small stream and the outward appearance made the spirit rise, to be dampened a little by what we found on the inside, but the rough character and the muck on the floor was a challenge we could overcome. A firm handshake and the deal was done! We had a hut and two members.

After tea at Rackery Hall we named the club.. the X-ABA Mountaineering Club, blame Jeff for the X-ABA bit!